By Ckiara Rose — 1 year ago 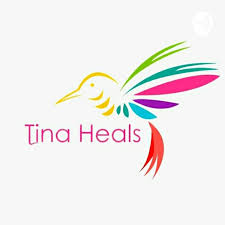 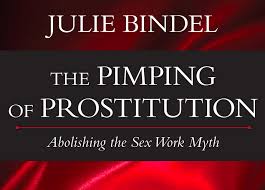 Ckiara’s points to Julie:
Pimps aren’t intellectual; they’re more shallow, egotistical, and brutal. But then again I am speculating judging from afar that’s another show cause I’ve never had one.

Please explain to me sanitation of prostitution
through the use of the words “sex work”?

Sex work was coined by an actual prostitute back in the 70s at an anti-porn conference it was sex use, women, at first. She was offended at first, she opted that it be called sex work instead and no one opposed!

You say the sex part of the labor is forced?
I’m not denying, if it’s trafficking, it is.

But what would you say that with 70% of women globally who are married or have boyfriends, who have never had an orgasm, in their lives, but bare children, even when they are in dire poverty, they breed, then get pregnant without an orgasm?
Have to labor through the pain of childbirth, are forced through marriage to give it up, and still have to plow the fields, take care of the children. Without so much as thanks, but maybe a slap on the face?

If I were committing genocide or starving millions or co-“whore” ting with politicians, rulers, “dick” tators, and big business that creates unnecessary suffering, so that a few can have more than they could want or thumb their nose at people…I’d be ashamed!

Hello Everyone Welcome to Ckiara Nation! My name is Ckiara Rose, the hostess of Ckiara Nation. We are a vlog and podcast for adults to speak freely and frankly about sexuality, gender, politics, spirituality, and human rights and how they intersect with history and the world today. Our mission is to advocate for responsible and consensual dialogue rather than violence, bigotry, and discrimination. Fans and listeners, “The Nation”, my guests and guest co-hosts, and EVEN our naysayers are part of the chat. Clearing up stigmas and myths of marginalized groups such as LGBT, Sex Workers/adult entertainers, and the religious with a mix of in-depth research, compassion, humor, and no holds barred dialogue about what we want to see in the future. About Our Ckiara Nation I have a burning passion and love for my work. I have suffered hell in the past, directly related to the status quo’s illogical indoctrination of sensual and sex shame! I had my child stolen by the system. I relented and stood my ground against their sexual and female role ideology… to both my own and my sons’ pain! Had I surrendered most likely I wouldn’t be here because I would have sold my soul!   If I were committing genocide or starving millions or co-“whore” ting with politicians, rulers, “dick” tators, and big business that creates unnecessary suffering, so that a few can have more than they could want or thumb their nose at people…I’d be ashamed!